Racial Justice from the H.E.A.R.T. for Leaders, Teachers, & People of Faith

Have a Voice... Uncover your Blindspots...Make a Difference!

Are you afraid to say the wrong thing?

Do you wonder if you're doing enough?

Have you thought: I grew up in a white world; where do I even start?

Racial Justice from the H.E.A.R.T. Level One Is for You

Confidence, Love and Clarity about What To Do!

(Can't make a call? No worries! All coaching calls will be recorded and available via replay.) 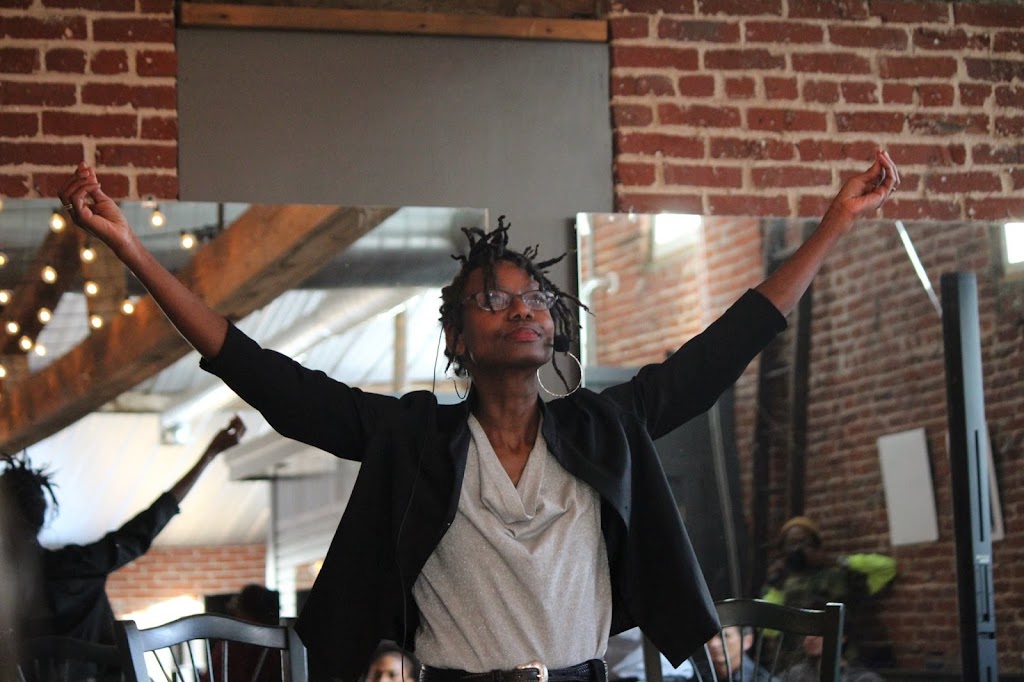 Dr. Amanda Kemp is a racial justice and mindfulness mentor. A proud African American, Dr. Kemp grew up in foster care in the South Bronx, NY and always dreamed of following in Dr. Martin Luther King’s footsteps. Since her first anti-apartheid march in 1983 she has actively stood for racial justice and authentic community.

Drawing from her lived experience in an interracial marriage, her study of race at Stanford and Northwestern Universities,as well as over a decade of teaching at the college level, Dr. Kemp created Racial Justice from the H.E.A.R.T. This system builds skill and capacity of compassionate change makers in schools and faith communities.

A Master teacher and performing artist, Dr. Kemp has helped over 25,000 people have open-hearted conversations, consciously use their power and practice compassion to cultivate racial justice and authentic community.

She has worked with the Rev. Jesse Jackson, the Honorable Maxine Waters, Niyonu Spann, and the movement for a free South Africa. Dr. Kemp has shared the stage and/or created with Danny Glover, August Wilson, Sonia Sanchez, Toni Morrison, George Wolfe, and Amiri Baraka. She has been featured on PBS, WITF, WGAL, LCTV.

She is a frequent speaker and performer at schools and colleges such as Stanford, Berkeley, NYU, Swarthmore, Haverford, Franklin & Marshall and many others. She has addressed regional, national and international gatherings of people of faith in the Quaker, Unitarian-Universalist, and African Methodist Episcopal traditions. Her TedX Talk: How to Lean in to Difficult Conversations about Race has been used by conflict and resolution, sociology, and psychology classes at both the high school and college levels.